Do you like Storm Troopers better than Darth Vader? Storm Troopers are supposed to be the Elite Soldiers of the Galactic Empire but as anyone knows who has seen Star Wars they were useless in fact it was likely that they could not even open a tin of beans let alone shoot anyone with their blasters.

FFS they could not even find the Droids they were looking for even when they were right under their nose!

A better use has been found for them they have been made into mugs!

The Storm Trooper 3D mug looks like a Stormtroopers head with a handle at the rear and a removable head to drink from.

The Mug is ceramic and is not Microwave and Dishwasher safe 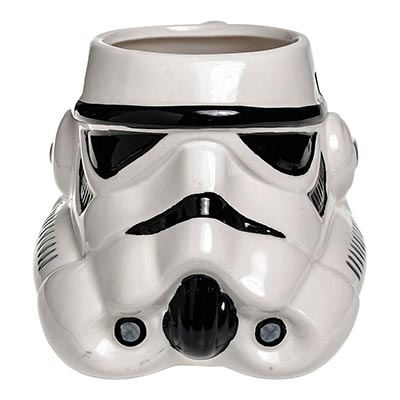