The Nintendo Game Boy was the first handheld console with changeable games; The Gameboy was released in 1989 on Nintendo’s 100th birthday, that’s not a typo Nintendo is nearly 130 years old!

This mug is a celebration of the classic Nintendo Gameboy which features a blank black screen, the original 4-way joystick, the A & B buttons and the select and start button, looks like a real Gameboy and just like a Gameboy you can switch it on!

To switch on the mug simply add hot water! The screen will come on, and you will be greeted with a classic Mario scene where he rescues Princess Daisy. 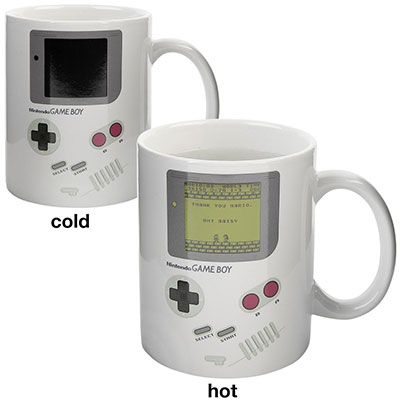