You hate Christmas you can’t admit it to the wife, but you hate it more than any other time of year. Here are some of the things you hate

You are a GRINCH!

The Grinch was created by Dr Suess in the hit children’s book “How The Grinch Stole Christmas” (1957) and was later made into the film “The Grinch” (2000) played Jim Carrey.

The Grinch hated Christmas, and so do you so why not cheer yourself up this festive season with the Grinch Mug! The mug is a detailed 3D sculpture of The Grinch’s face and is truly impressive! The mug will hold a lot of Tea to drown your Christmas sorrows. Officially licensed product. 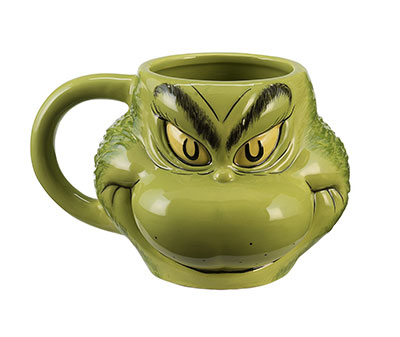