For Some silly reason, this mug is called a ‘Mugga’ mug because the mug has a face painted on and features a removable balaclava.

I didn’t realise that muggers wore balaclavas, I thought a balaclava would have been more symbolic with a robber or in this day and age a terrorist.

A Robber Mug or Terrorist mug would have been a better name for this unique and original ceramic mug.

The mug features an angry face with a beard is dishwasher safe but make sure you remove the balaclava before putting in the dishwasher.

The balaclava also acts as an insulator keeping your tea or coffee warmer for longer. 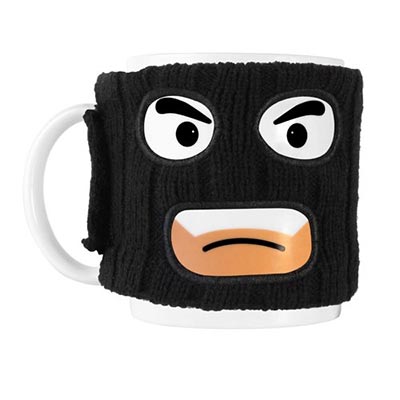