December 1994 the original PlayStation was launched in Japan, over the next nine years over 100 million consoles were sold. At the time the PlayStation was the most advanced console on the gaming market until the PS2 was released in 2000.

Original games include Final Fantasy 7, Resident Evil, Crash Bandicoot, Metal Gear Solid and Tekken 3 to name a few, feeling nostalgic? Well, you can feel nostalgic every time you put the kettle on with this original PlayStation 3D Mug.

This cube-shaped mug has officially been licensed by Playstation and includes the original logo along with original PlayStation features such as the on/off button, next button and eject, this mug is also grey and has an easy grip rectangular shaped handle. 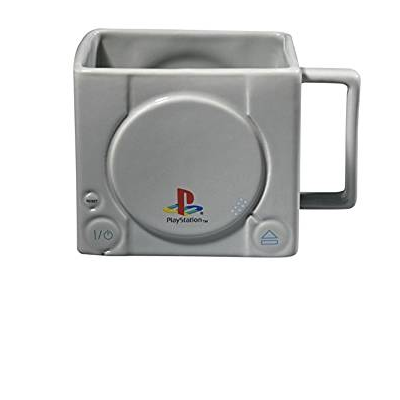