You are here: Home / Film / Robocup

Robocop was half man half machine and used to say ‘dead or alive your coming with me.’

This mug is half man half mug and says ‘dead or alive, you’re drinking a tea’ well ok it doesn’t, but it would be cool if it did it does, however, look like Robocop and Robocop are seriously cool, so that’s all that matters.

Dishwasher and Microwave safe with a generous capacity. 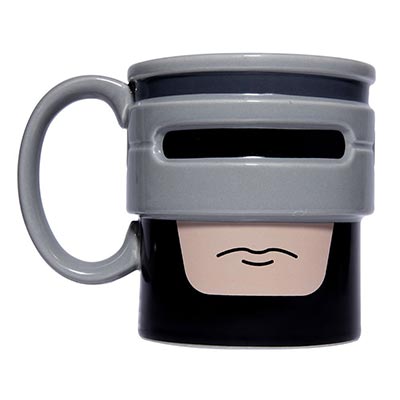