This Mug is very very naughty it has the word UNT emblazoned on the side but when you factor in the coloured handle it reads something else, something that is considered extremely insulting and offensive and according to Wikipedia Germaine Greer said its one of the few remaining words in the English language with a genuine power to shock.

Believe it or not, the word has been used since the middle ages and in a popular 1785 book was described as a nasty word for a nasty thing.

If you draw your boss in the yearly secret Santa there is no better present on this planet to give him/her than this mug just hope he or she doesn’t find out who it came from. 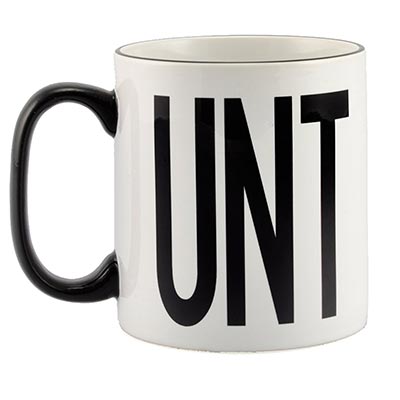