Ironman a Billionaire Engineer in a powered armoured suit first appeared in the Marvel Comics sometime in the 60’s and made many appearances during the 70’s 80’s 90’s and Noughties.

In 2008 a Film was made called Iron Man, a sequel followed in 2012 titled The Avengers.

Now you can add this 3D mug to your collection of Ironman comics and films.

The Ironman mug is ceramic and has a large capacity, but unfortunately, it’s not microwave or dishwasher safe. 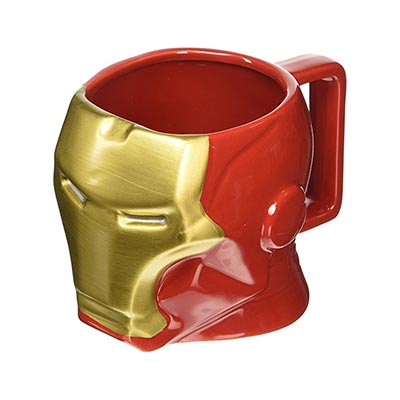